Older than Himalayas the Western Ghats, a mountain range that runs along the western coast of India, is one of the eight “hottest hot-spots” of biological diversity in the world. Stretching about 1600kms from the Satpura Range in the north to Kanyakumari in the south, Western Ghats includes a diversity of ecosystems ranging from tropical wet evergreen forests to montane grasslands. It is a UNESCO World Heritage Site. Western Ghats contains a third of all the animal species found in India. They are home to a large number of species of plants and animals that are endemic. At least 325 globally threatened species occur in Western Ghats. The biologically rich Western Ghats also influences the Indian monsoon weather patterns.

Let’s take a closer look into some of the amazing animals and birds found in Western Ghats. 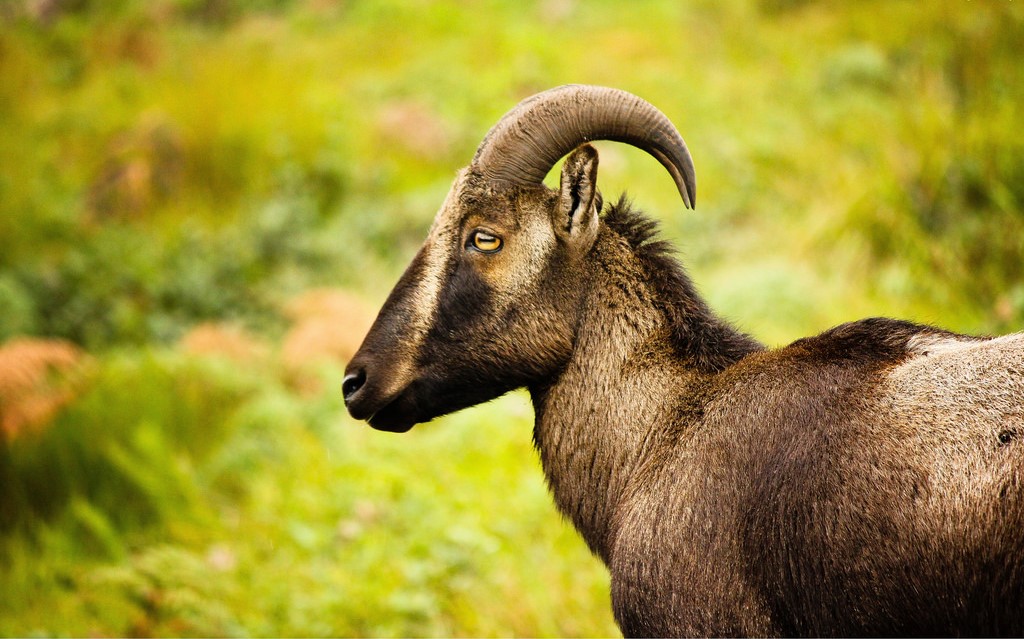 The Nilgiri Tahr is the only one of all mountain ungulate species in India that exists in Southern India and is endemic to the Western Ghats. The Nilgiri tahr is found at high elevations on cliffs, grass-covered hills, and open terrain. Mountain goat, Ibex or as the locals call them, the Varaiaadu? Well, let’s call them the Nilgiri Tahr. To catch a glimpse, walk onto the mighty hills of Eravikulam National Park, were they roam around freely; if lucky, they might even pose nicely for your photos.

But, that’s not all. he threats faced by the Nilgiri Tahr are forest fires, disease spreading through unregulated cattle gazing near their habitat, unsuitable non-timber forest produce collection, poaching and unabated human intervention. With its current population trend decreasing, conservation measures must include the ecosystems and the protection of its habitat. This is easier said than done! A recent study by the WWF-India puts its current population in the Western Ghats at 3,122, with nearly half of its population in the ENP, Munnar. 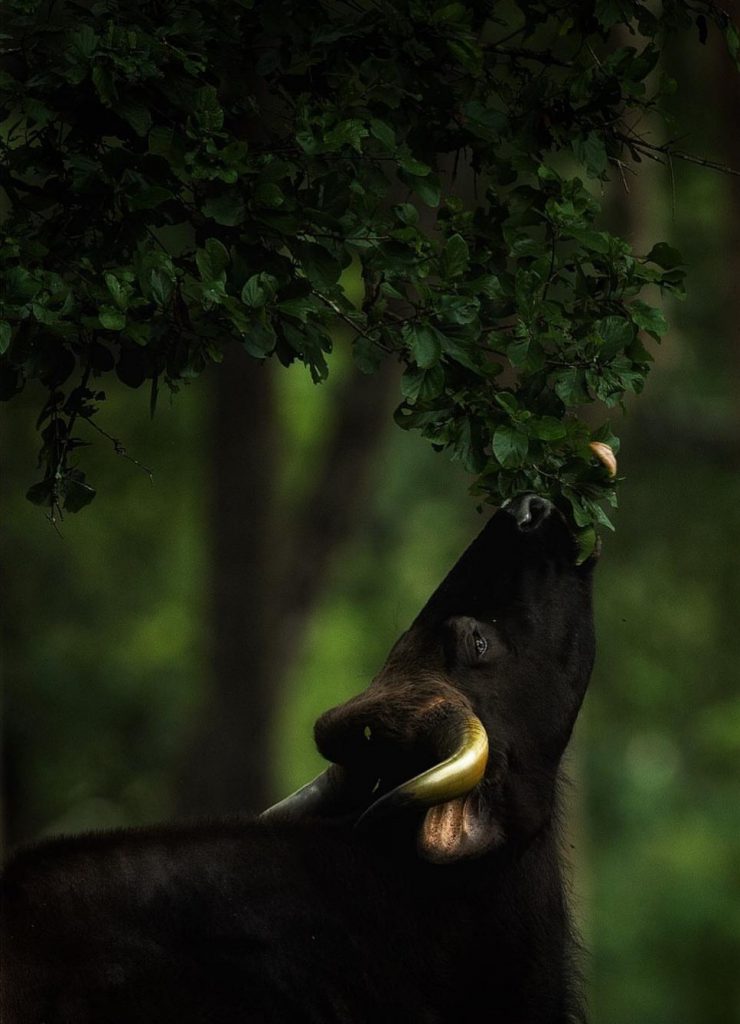 Indian Gaur is more than a powerful animal. For tens and thousands of years they’ve shaped the landscape of the Western Ghats in a way that benefit the grassland birds, insects and small mammals. Global distribution of the Gaur has reduced by over 80% in past 100 years and Gaur is now mostly limited to habitats within protected areas. IUCN has listed Gaur as vulnerable.

Hunting compounded by habitat loss. diseases, particulary the foot-and-mouth disease, transmitted by domestic cattle are the major threats faced by Indian Gaur. The combined efforts of the conservationists, native tribes and Indian government is trying to save Guar from the brink of extinction. And, our duty is to honor that effort and to inspire continued action.

Considered sacred animals at some Buddhist and Hindu temples, some believe that the Long Tailed mMacaques are the descendants of Hanuman. They’re one of the most endangered of the macaque species of monkeys. Only 1% of their original habitat remains today due to widespread deforestation. Their numbers are estimated to be less than 4000, making them a very rare sight.

They inhibit the dense forests of Western Ghats. They rely heavily on vocal communication. The male Lion Tailed Macaque’s call is said to resemble human voice. 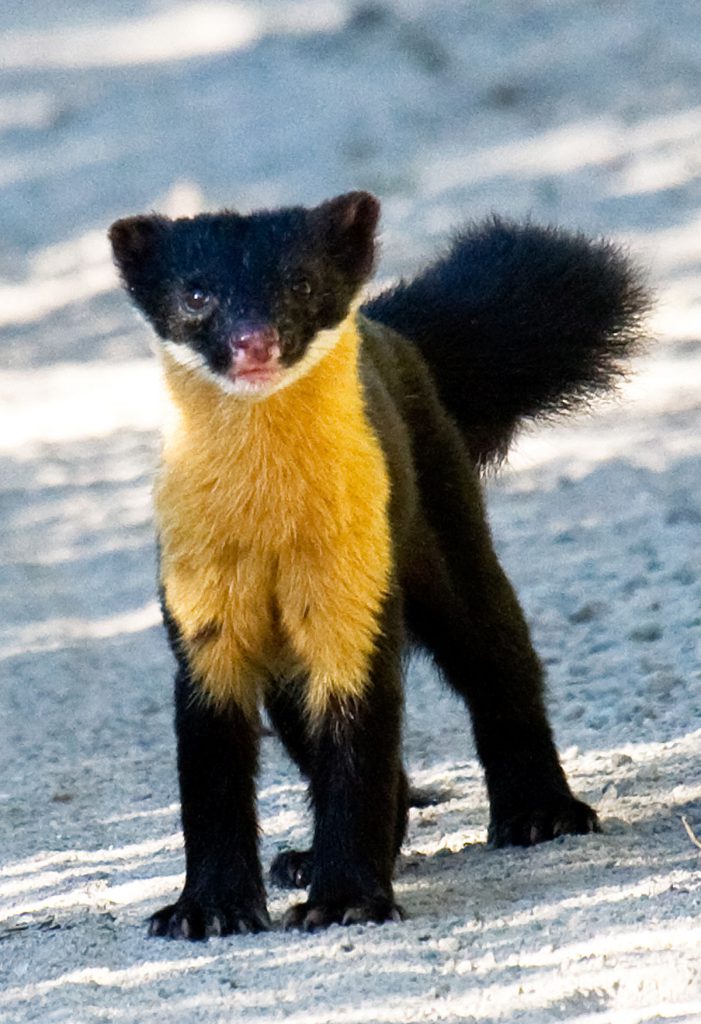 Meet the Nilgiri Marten or Maranai (in Malayalam). With its global population plausibly below 1,000 mature individuals, they are listed Vulnerable by the IUCN. The possibilities of spotting one of them, therefore, are startlingly lower. Only a handful of biologists and naturalists have had the good fortune of having sighted one of this most elusive and fascinating species of small carnivores. They are restless and they hunt in day and also in night. 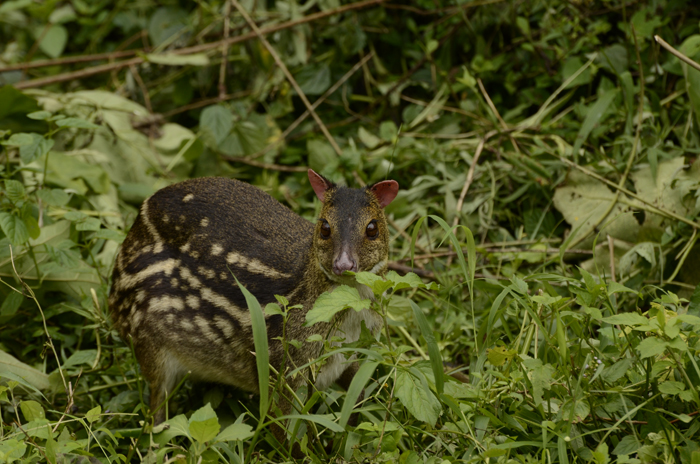 One of the smallest hoofed mammals in the world , the Chevrotain is known by many names. Its common name comes from the French for “little goat.” In English, it’s also called a “mouse-deer.” In Malayalam, it’s called “khooran,” and in Tamil, it is called “sarukumāṉ”, which means “leaf-pile deer.“ 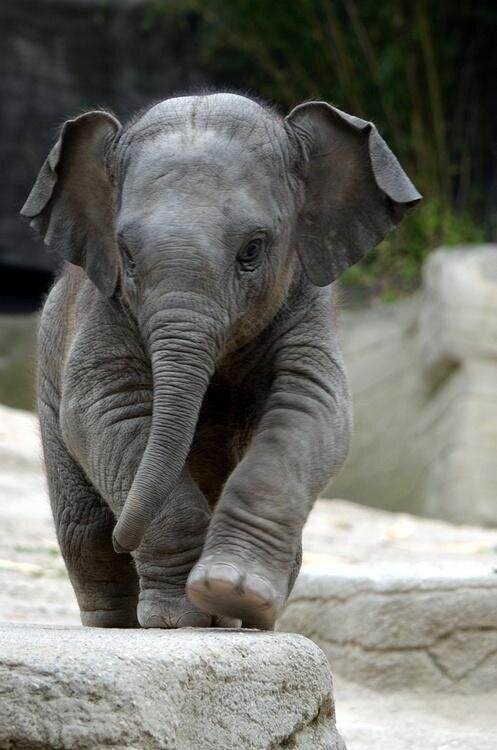 Elephants are the largest mammals on the earth with the massive size, beauty, and intelligence. Elephants are among the most intelligent creatures. They form close bonds, can use tools and even empathize.

The current population of Asian Elephants is between 26,390–30,770, and have survived their family members being shot, poisoned, and butchered for their ivory. Once elephants used to roam most of Asia but now their original range have shrunk to just 15%. They’re extremely sociable, forming groups of six to seven related females that are led by the oldest female, the matriarch. 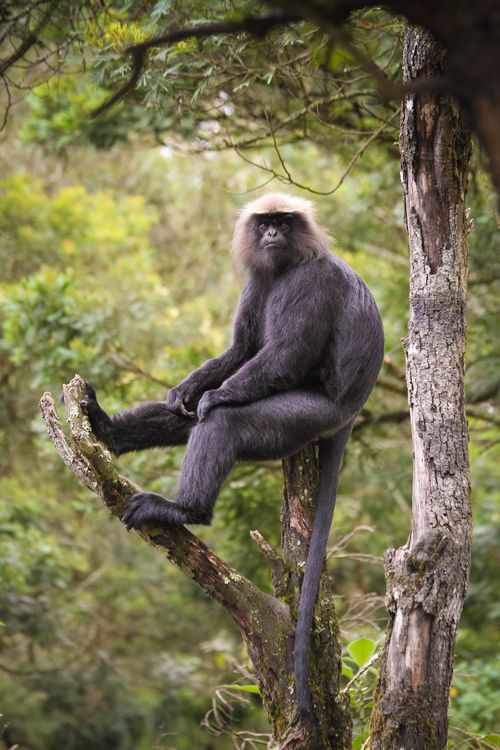 Vocalisation and silence is its distinctive feature for survival. They produce 16 sound types, 5 of which are produced by male only. The Nilgiri Langurs are hunted for their skin to use for drums, and other parts of their bodies are used for traditional ‘medicine’, which has led them to be classified as Vulnerable by the IUCN